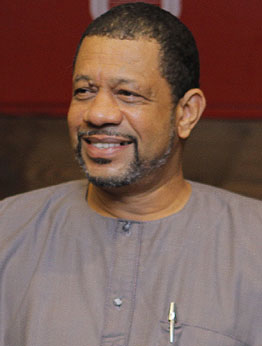 Dr. Olaokun Soyinka is a Public Health Consultant and is currently Project Director for the Independent Verification Agent of the Federal Government Saving One Million Lives Programme.

He was the Commissioner for Health, Ogun State from 2011-2015. During this time he initiated the Araya Health Insurance Programme, putting Ogun State in the forefront of health financing initiatives in the country at the time. Before coming to Ogun State, Dr Soyinka was the Health Promotion Officer for WHO in Abuja, from 2008-2011.

An old boy of Government College Ibadan, his Medical Training was at St Thomas Hospital Medical School in London.  He practiced medicine in the UK for a number of years during which time he developed a special interest in cardiology and founded and published the British Journal of Cardiology.

During the latter years of Military dictatorship in Nigeria, Dr Soyinka was active in the Nigerian prodemocracy movement abroad. It was after democracy returned to the country that he returned to pursue a career in public health and contribute to developing healthcare in Nigeria. Dr Soyinka is married with children and lives in Lagos.